burble.dn42 is an experimental global network within DN42.

The network is well connected with a large number of peers, and hosts some of the DN42 core infrastructure. 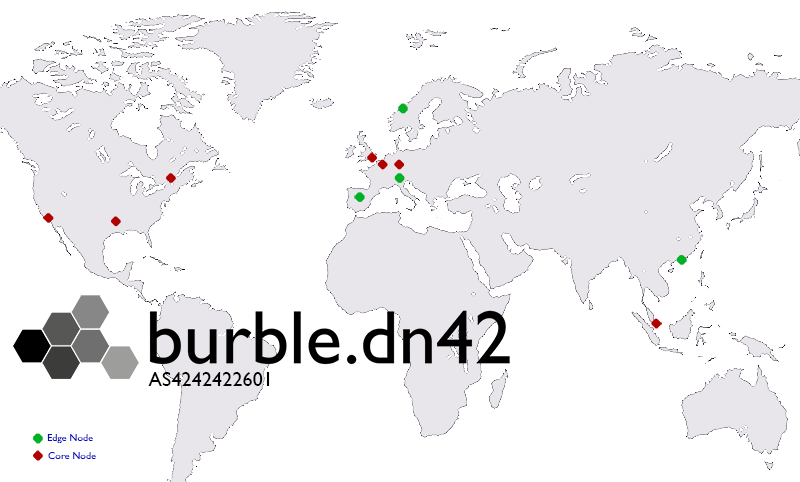 All nodes in the burble.dn42 network are fully meshed with wireguard tunnels.
iBGP with BGP Confederations and a latency based metric are used as the interior routing protocol between nodes. iBGP is also fully meshed. and the configuration for both iBGP and wireguard tunnels is built using a number of Ansible scripts.

The current network design was introduced in December 2019; previous designs for the network have included a VXLAN overlay over the wireguard mesh to create a single layer 2 network, together with the use of OSPF as the IGP. Other variations have included using BABEL, and tinc.

A selection of key technologies used within the network